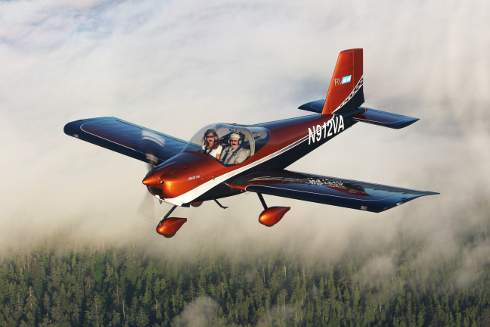 A long time ago, I was an amateur aviator: in the late 80’s, I learned to fly and got my instrument rating, bought an airplane, and flew it around the country a few times. I even volunteered at AirVenture, the big Experimental Aircraft Association convention and fly-in in Oshkosh, Wisconsin: my friend Andy and I provided computer support to the homebuilt judging group for almost a decade. I got to see a lot of great homebuilt airplanes, but didn’t want to build one myself; I just wanted to fly the plane I had.

Eventually, though, my plane needed painting, and I was changing to a startup job, so I sold it. Though I didn’t plan it, I haven’t flown since.

Lately, though, I’ve found myself down a YouTube rathole of cool aviation videos. (Thanks, pandemic!) Some are made by people documenting their homebuilt projects, and I realized a few things:

I was taught that there are three things you need to act as a small-airplane pilot: a Private Pilot’s license, a recent signoff from an instructor that says your skills & knowledge are up to par, and a recent medical certificate that says you’re fit to fly. The license never goes away, so I can already tick the first box. I’ll need to study a bit and find a new flight instructor for the second one.

And the medical? I read that I might be able to convince the FAA to grant me a “special issuance” medical, if I can provide them with evidence that my heart is in good shape and I’m not at high risk of having another heart event.

However, things have changed a bit since I last flew: there’s also an additional class of pilot’s license, Sport Pilot, which lets you fly a new class of aircraft, Light Sport, but only during the day in good weather. (Light Sport planes are limited to 2 people, max weight of 1320 pounds, and max speed of 138 miles per hour. Van’s sells a light-sport kit, the RV-12iS.) A Sport Pilot doesn’t need an FAA medical, just a valid driver’s license, and certifies their own fitness to fly.

As a licensed private pilot, I get to act as a Sport Pilot if I want, without having to get a medical certificate - I still have to get that instructor’s signoff, and still could only fly Light Sport aircraft during the day in good weather. Also (and this is the sticky part): I can’t have been denied a medical certificate by the FAA.

I thought about it, and decided that I wanted to try to get the special-issuance medical, primarily because I wanted to be able to fly at night (I used to do it a lot in the old days!). Also, I thought I might want to build and fly Van’s newest and fastest plane, the RV-14.

So I went for it: I’d seen a bunch of postings on several aviation forums from Dr. Bruce Chien, an aviation medical examiner who specializes in situations like mine. I contacted Dr. Chien, and together we worked through building the package that we’d submit to the FAA if it all looked good at the end: he had me do a stress test, which showed my heart is in great shape, and had me get a full workup from my cardiologist that produced a report that covered my history, condition, medications, lifestyle changes since my attack, discussion of what we’re doing to reduce future risk, etc. Once Dr. Chien thought everything looked good to him, I visited him outside Chicago for a regular aviation medical exam, which I also passed, and we submitted everything to the FAA.

It took a couple of months, but the FAA granted my special-issuance medical! It’s good for two years, but I’ll need to redo the stress test each year to keep it valid.

(Another rule change I didn’t mention above: the FAA has another medical program called BasicMed, which lets any doctor certify me without the FAA’s involvement. It requires me to have been granted a medical certificate sometime since 2007… and my new special-issuance medical counts! So, I might not even have to do the stress tests every year, which is good because they’re expensive!)

So which plane do I want to build and fly?

In the meantime, EAA Chapter 782 (one of the two local chapters I’ve joined) resumed its meetings; I went and met a couple of people who’d built RV-12s. One was Stan VanGrunsven, the brother of Dick VanGrunsven, the Van in Van’s Aircraft. The other was John Scheck. They answered a bunch of my questions and generally encouraged me, and John offered to show me his airplane - I took him up on it, and eventually he took me flying in it!

A short while later, Van’s resumed factory tours and demo flights, so I signed up for a flight in their RV-14. The tour was interesting, and though the flight was fun, it really convinced me that the -14 was more airplane than I wanted: it’d cost about twice as much to build (and take twice as long), and cost a lot more to operate. The extra speed and range would only matter on long-distance flights, which I’ll probably do only a couple times a year – I expect most of my flying to be local.

The RV-12, by comparison, seems much closer to the kind of flying I do, and even though it’s a light-sport airplane, I can fly it at night if I’m flying as a private pilot with a medical certificate.

The bad news is that all of Van’s kits are backordered because of a lot of increased demand (thanks again, pandemic!). I placed my order for the first subkit in July, and it’s still not here. In the meantime, I’ve cleared out half of the garage, built a couple of workbenches, and started collecting the many special tools I’ll need.