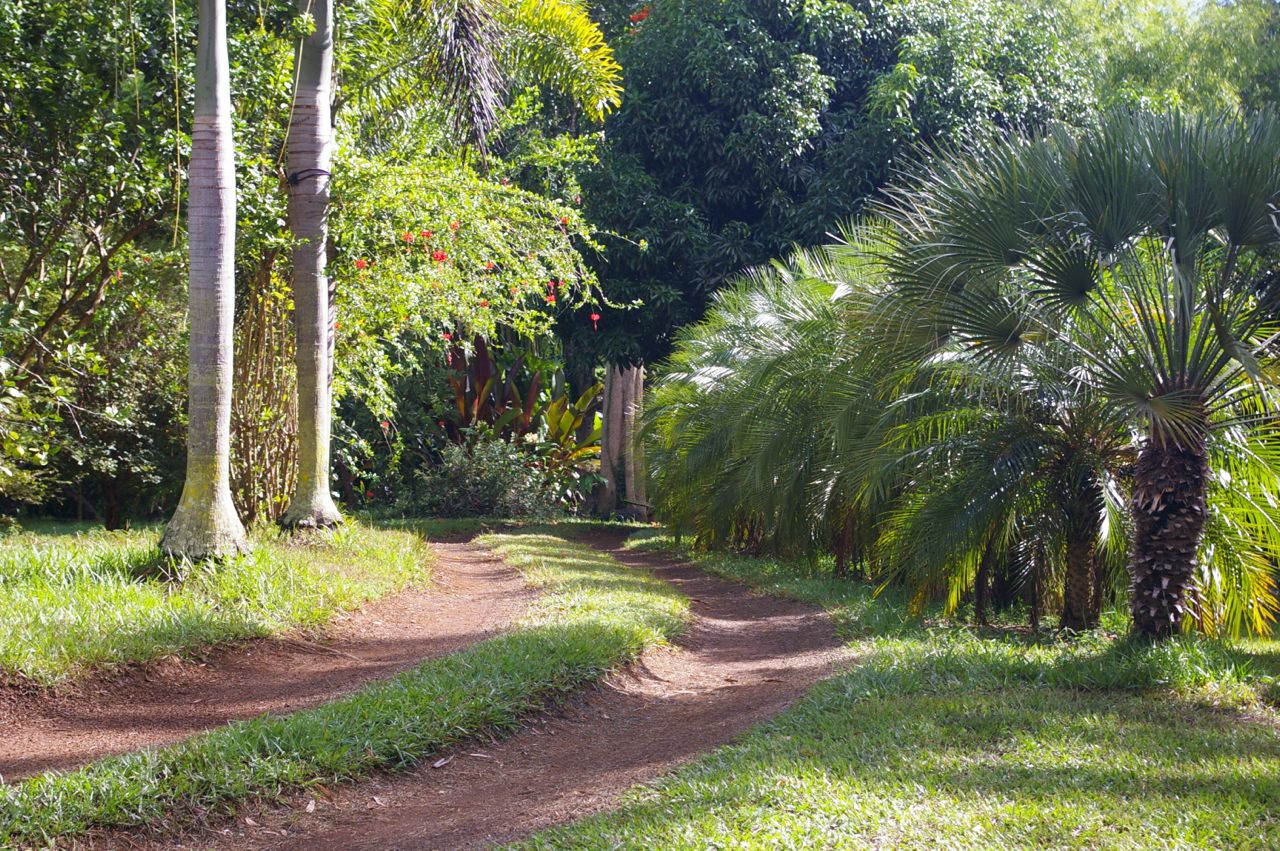 Just returned from a much-needed vacation on Kauai. I’ve been there several times before, but it was Gina’s first time - we both had a great time, we snorkeled, we relaxed & read, the weather was great, wish you were there, blah blah blah.

The high point of the trip was our second day there: we took the tour of Steelgrass Farm.

…a multidisciplinary educational center for agriculture, music and the arts. On the agriculture side, we’re a demonstration farm with extensive plantings of bamboo, cacao (the chocolate tree) and vanilla, working to develop Kauai’s future as a center for sustainable, diversified agriculture by providing hands-on training, workshops, and educational tours for residents and visitors.

Going in, we didn’t know what to expect, but we really enjoyed the tour: we were led by the owner, Tony Lydgate, and his daughter Emily. They’ve been working on this place for eight years or so, starting by ripping out most of the existing overgrowth, then planting a huge variety of mostly-native plants and trees: the selection “was based on the desire to have varieties that provide food, or that are indigenous, decorative or medicinal, or useful in crafts or construction,” and everything is maintained organically.

In addition to the bamboo for which the place is named, they also tried to grow bananas, but that turned out to be a learning experience: there’s a blight on the island, and their bananas didn’t survive it. Almost by accident, they discovered that cacao seem to do well there, and the trees’ natural enemies happen to be insects that the local wild chickens find tasty (organic!). Since then, they’ve been producing cacao seedlings, and have been spreading them around the island - they hope to get enough under cultivation to make a co-op feasible (which the island could really use: we saw hardly any sugar cane in our trips around the island; even as recently as seven or eight years ago, I remember lots of it).

During the tour, Tony and Emily were enthusiastic about sharing their breadth of knowledge with us, in fascinating detail, from botany to economics. They have lots of stories about how the place came to be: what worked and what didn’t along the way. We got to taste a lot of fruit right off the trees, like acerola berries (very tart, just like the vitamin C tablets made from them), Meyer lemons, limes, guavas, and plenty of starfruit; after each sample, the cores, peels, pits, and seeds were tossed in nearby brush - organic! They’re also working on “cultivating” vanilla; though it’s not ready for tasting, we saw pods dangling from the vanilla orchid vines in the trees, and to hear about the manual pollination process they used. 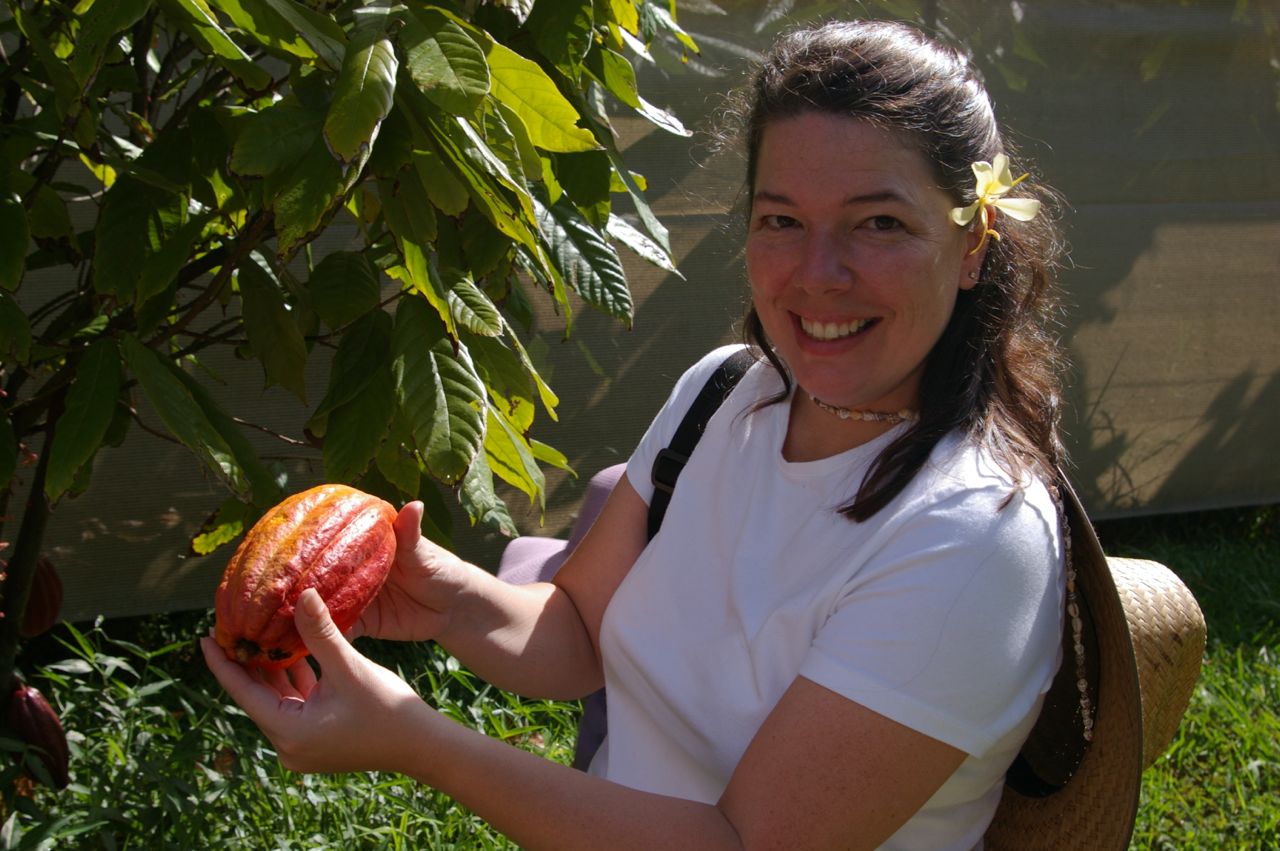 Then, the chocolate. Tony broke open a ripe pod, and we got to sample the seeds as Tony explained the strategies that cacao has evolved that allow it to flourish. From there, we sat in an airy tent and got to blind-taste and compare a variety of high-end dark chocolate bars (and as a result of the tasting, I’ve got a couple of new favorites).

All in all, a terrific morning — if you’re going to be in Kauai, I recommend it (though it’s probably not for kids: there’s a lot of botany before you get to the chocolate).