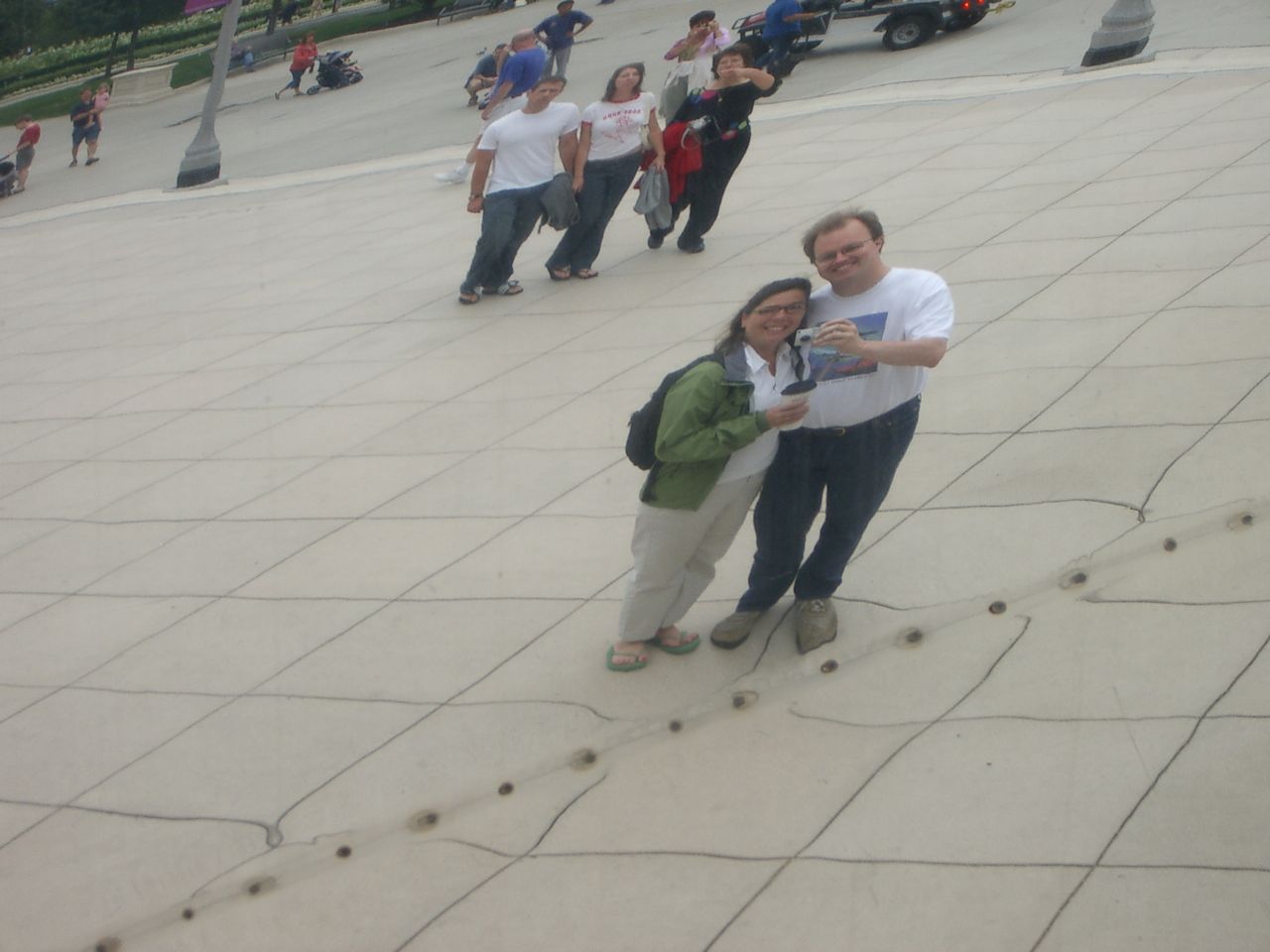 Over the weekend, I wrote my own photo-inserting plugin for Wordpress. I did my own because I keep all my digital photos in one place (and wanted to keep it that way without having all of them publicly available; I also wanted the mechanism to generate and serve lower-resolution (so lower-bandwidth) versions automatically.

The plugin does that: I start my post with something like {gallery Chicago2004/IMGP0347} and the plugin takes care of substituting appropriate XHTML markup to retrieve a thumbnail version of the photo (which it also generates), adding on a secret code that’ll keep people from browsing for similarly-named photos (I might not want you to see IMGP0346 or IMGP0348). The generated markup also includes a little Javascript to pop open a larger (but reduced resolution) view in its own window.

Next step: set up a mechanism to handle incoming mail from my Sidekick, so that I can publish a post with photos automatically.

(That’s Gina and I reflected in the big shiny jellybean in Chicago’s Millenium Park.)

Update, December 10, 2013: I’ve rebuilt my blog on a current version of Wordpress, and I’ve ditched that plugin: I’m just using WordPress’s regular media management now. (Another news flash: I no longer use a Sidekick.)

Update, July 21, 2016: I’ve rebuilt my blog using Jekyll, so none of the above really matters anymore, but I’ve left it because it’s fun to see what I used to spend time on :-). I did update the Cloud Gate link to one that works now.